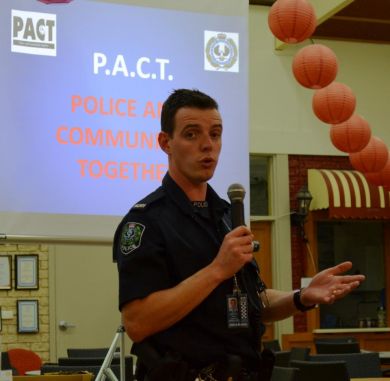 Police and Community Together P.A.C.T.

Constable Adam Osborne is a man with a mission. As a policeman on the beat in West Midlands Police in 2005, Adam’s first shift was a night shift where he attended the results of a domestic argument where the victim was stabbed straight through the leg with a kitchen knife. He was confronted with the seated man with plenty of blood under his wound, with the knife still in position. It was the start of a career where Adam had to learn quickly during five years in Birmingham with a massive variety of jobs ranging from murder to simple shop theft. He appreciated neighbourhood policing and jumped at the chance to apply for a position at SAPOL in 2010 which he won. In the northern region Adam worked on patrols until in April 2012 he had the opportunity to become the Elizabeth Downs neighbourhood officer.

Adam visited us tonight to speak about P.A.C.T. Police And Community Together. Adam works as part of a team, sergeant and four constables who are building relationships with the local community and other stakeholders to improve trust, communication and to make our community feel safer.
"Working with the local council, agencies, churches, community groups and the neighbours and home dwellers we worked with PACT by giving Mandeville street, Davoren Park a facelift with gardening, painting fences, filling pot-holes and removing waste to restore pride in the community." 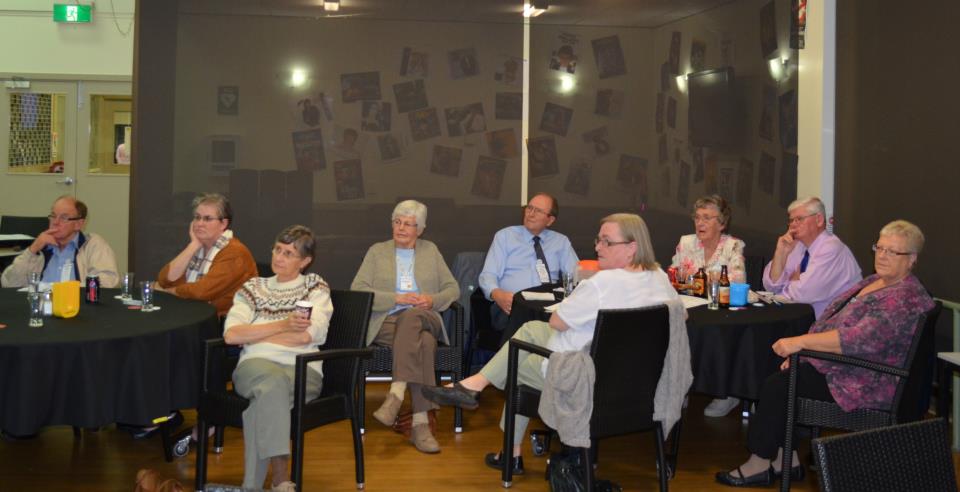 “The Elizabeth Local Service Area is known within SAPOL (South Australian Police) as one of the hardest areas to work and certainly the busiest. I wouldn’t want to work anywhere else. The community here is amazing with very close working agencies and a real sense of closeness. The cops out here have a very difficult and challenging job, but they are a great bunch of people and I haven’t worked in a more friendly and welcoming Police station than this one,” Adam told the Rotarians. — with (from left) Robin and Lesley Trevilyan, Helen Driver, Margaret Green, John Downing, Elizabeth Adamson, Judith and Theo Nitz, Gay Smallwood-smith. 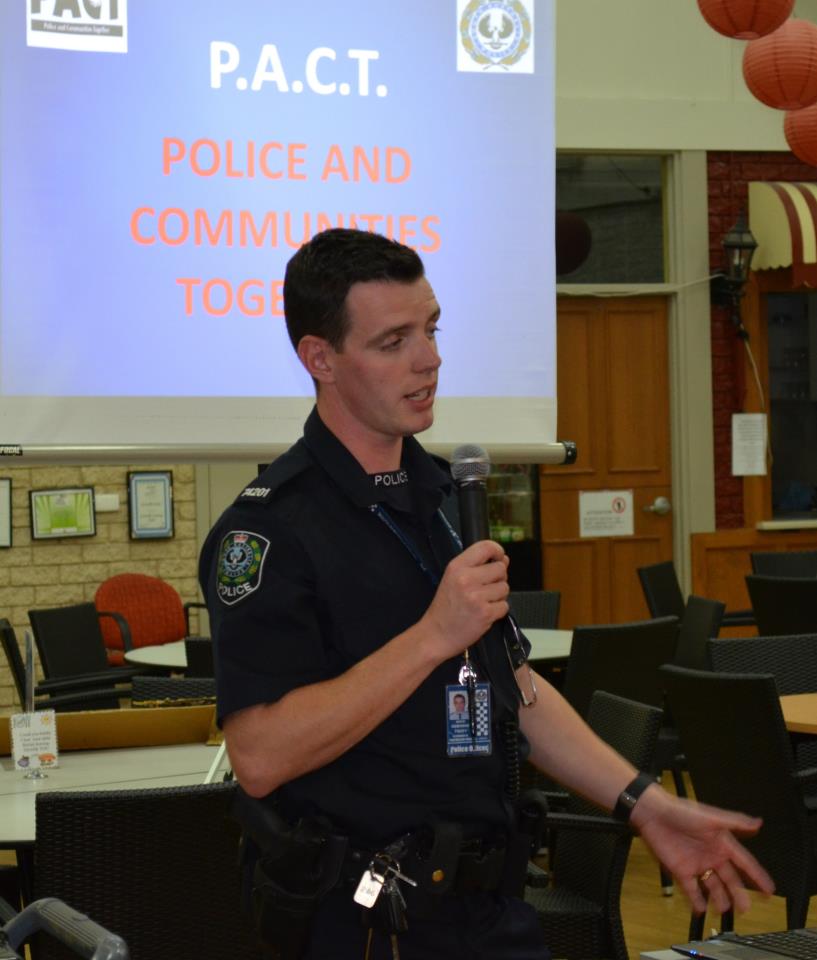 “We participated in the Safer Community event at Elizabeth Downs shops in an effort to bring the community together and create an awareness. The African community were involved in an introduction and advice day organised by us again to provide improved trust and confidence in their local police.”