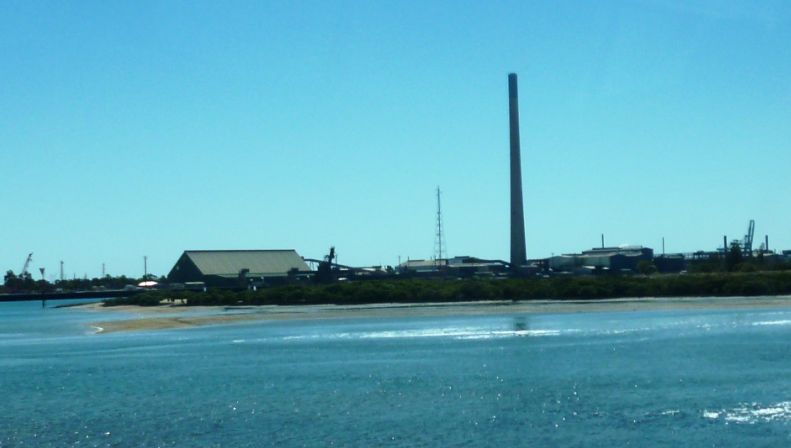 A two hour bus tour of Pt Pirie “Outside the Gates” (of the Smelter) was ably led by Nipper Nitz, brother of our PP Theo, where we viewed the City, including its history, on a very informative and interesting trip.

The welcome and fellowship of Port Pirie Rotary Club’s meeting on Saturday night capped the day.  Speaker and Mayor of Port Pirie John Rohde welcomed us and described their city’s reliance on a one company town (as has been the city of Elizabeth’s experience), and the prospect of the closing down of the smelter works.  However, the future is now looking bright with the rebuilding of a new smelter complex and the city has a new confidence in their future. 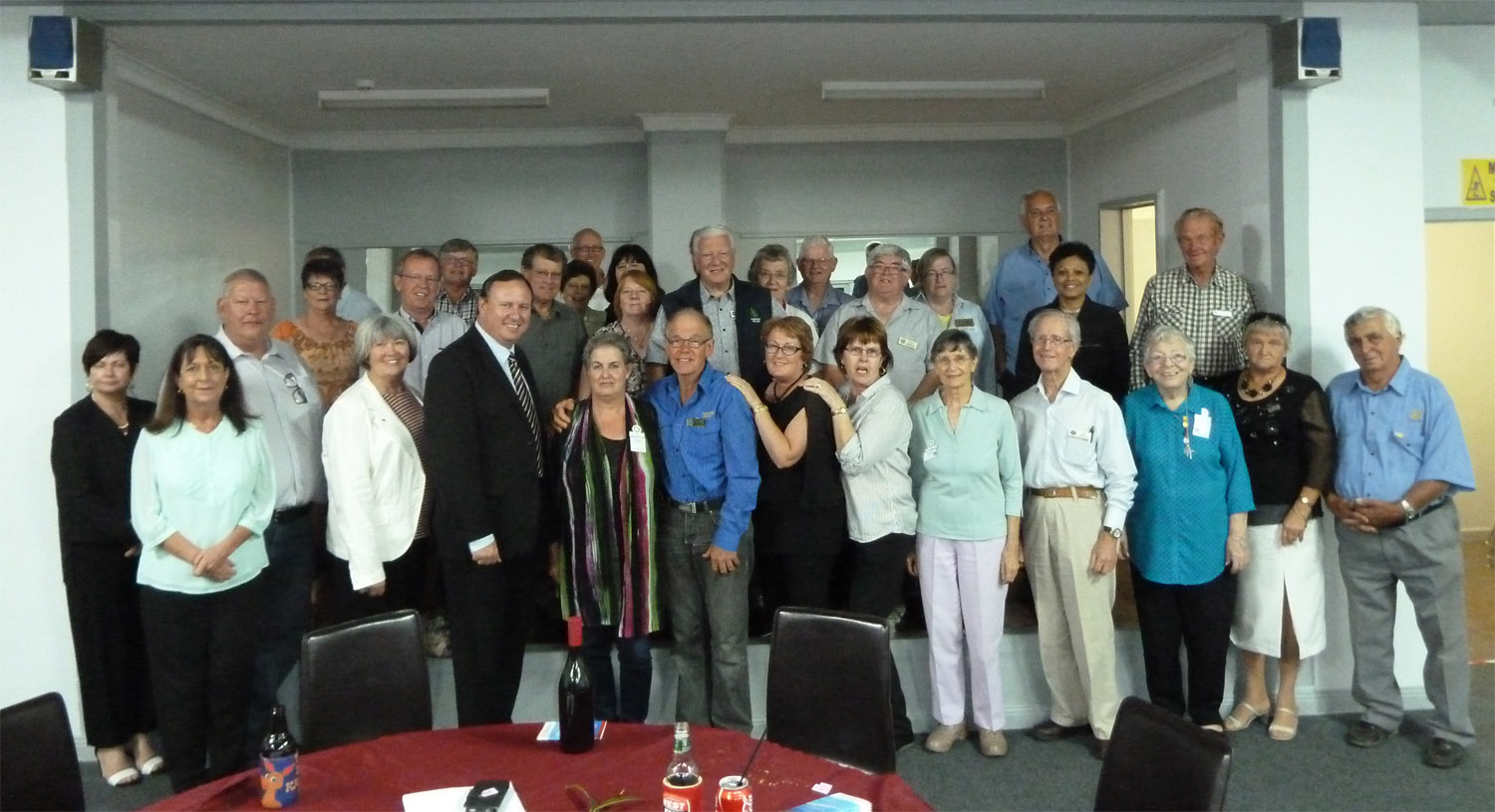 Local state member Geoff Brock MP, Member for Frome, regaled us with his memories of his life and occupations before entering parliament.

On Sunday morning we travelled to Port Germein with a quick walk along the jetty, which at 1676 metres for a long time had the distinction of being the longest timber jetty in the southern hemisphere. The light house, which was once at the end of the jetty, and now situated at the beginning, became a cool shady spot for those Rotarians resting after jetty walking to chat.

Members were invited to morning tea at ‘The Oaks’, property of farmers Barry and Christina Mudge at Baroota, a few kilometres northwest of Port Germein.  With a view between the Flinders Ranges and Spencer Gulf we enjoyed hot scones with jam and cream, whilst Barry described dry land farming.  His method of rotating different crops using previous experience and knowledge of the land, the season and geographical position, keeps his farm viable, with the addition of some sheep grazing.  Barry’s experience has been shared with trips to similar regions in Northern Africa over four years through AUSAID, on several research projects, to help those countries improve their yields of grain.  Thank you Barry and Christina for your wonderful country hospitality.

Our touring continued through the Germein Gorge to Melrose at the foot of Mt Remarkable.  The oldest town in the Flinders, established in 1853, Mt Remarkable was named by Edward John Eyre.  Melrose was a staging point for John McDouall Stuart’s Northern Expedition, and contains many fine buildings.  On return to Pirie we visited PP Theo Nitz's childhood home near Murraytown. Our evening continued with a fine dinner at the Sportsman’s Club.

Members took their own way home to Elizabeth via various routes depending on their individual interests.  Sevenhills, Stone Hut, Clare, Laura, Auburn were some of these and all have fascinating buildings and history, and the countryside has its beautiful trees and rolling hills completing a very enjoyable long weekend for members.