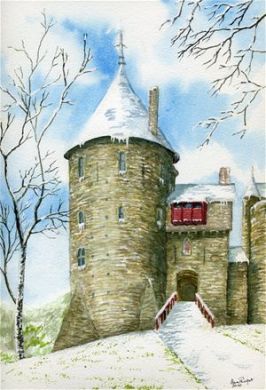 On March 21st our Club will hook-up with the Rotary Club of Cardiff Breakfast in an historic meeting for our club during their breakfast via SKYPE.  The hookup will be held at the Watts' home with a giant theatre screen, projector, camera and microphones.

The relationship between our Clubs stems from the visit of a GSE Team (described below) lead by Rotarian and Past President Steve Best from the Cardiff Club.

From 16th to 20th October 2009, our Club hosted the Group Study Exchange  (GSE) Team from the South Wales District 1150.  Steve, Carly, Claire, Jacqui and Kathryn, (with thanks to the wonderful support from the host families PP Reg and Helen, Honorary Rotarian Margaret, PP Theo and Honorary Rotarian Judith, PP Rolly, Rotarian Viv), are pictured below at Elizabeth Shopping Centre.  Rotarian and Past President Steve Best led the team of four young women from Wales, spending  five weeks in South Australia looking at areas in their chosen vocation. 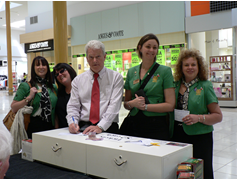 Tour of the Playford Civic Centre

His Worship the Mayor of Playford, Martin Lindsell, hosted a Civic Reception and conducted a tour of the Playford Civic Centre for the GSE Team and hosts. 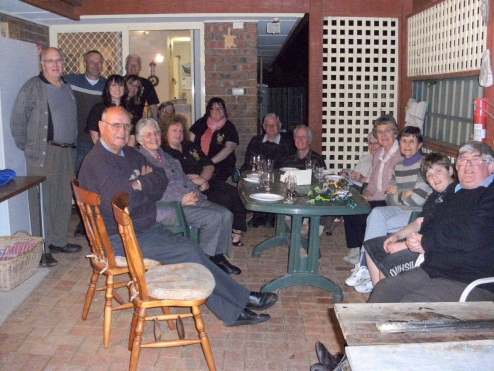 PP Rolly hosted a barbecue at his home on Sunday evening at which Steve gave a rendition of “Albert and the Lion” during which he accidentally poked Rolly’s dog with the “stick with the ‘orses ‘ead ‘andle”.