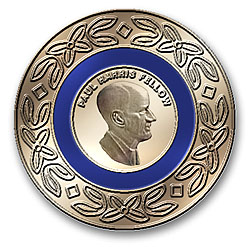 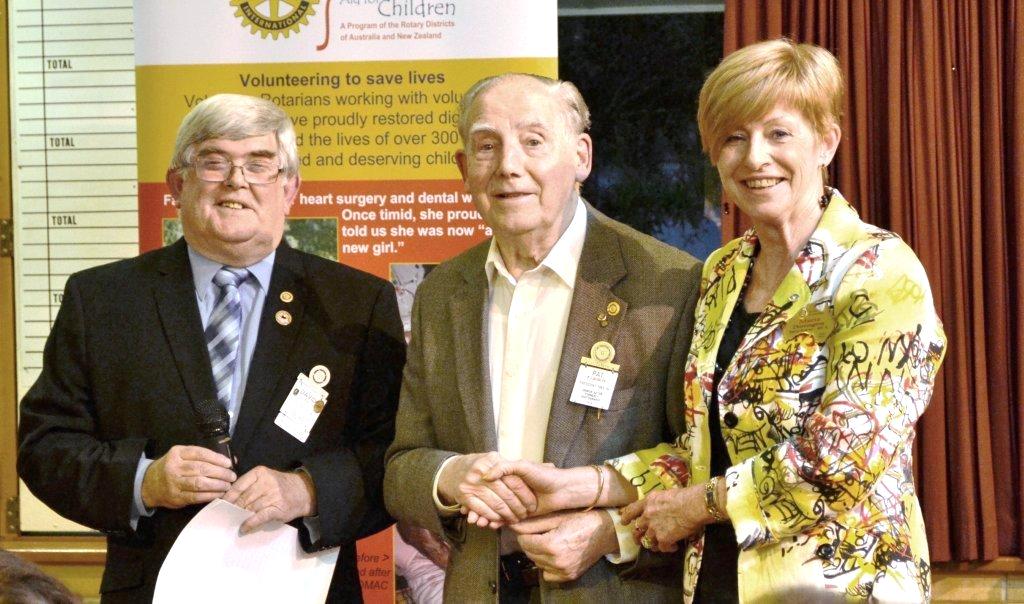 “BELIEVE IN WHAT YOU DO” “DO WHAT YOU BELIEVE IN” was the Rotary International Theme in 1993/94.  This could not have been more appropriate

As a Charter Member, Pat has completed over 45 years as a member of this Cub, his classification photographer.  He has served as Treasurer, Bulletin Editor and as Director of all Major Committees.

With his late wife Doris, Pat hosted several Youth exchange students and took them travelling around Australia while they were here, and kept track of them afterwards.

His family has been part of our Rotary family and we have watched his third generation grow during this time.

A long lasting achievement has been Pat's photographic expertise which he is always willing to share and has provided the wonderful record that enhances the archives of this Club.

Our Club is proud to recognise PP Pat Quigley as a Paul Harris Fellow, Sapphire Pin. 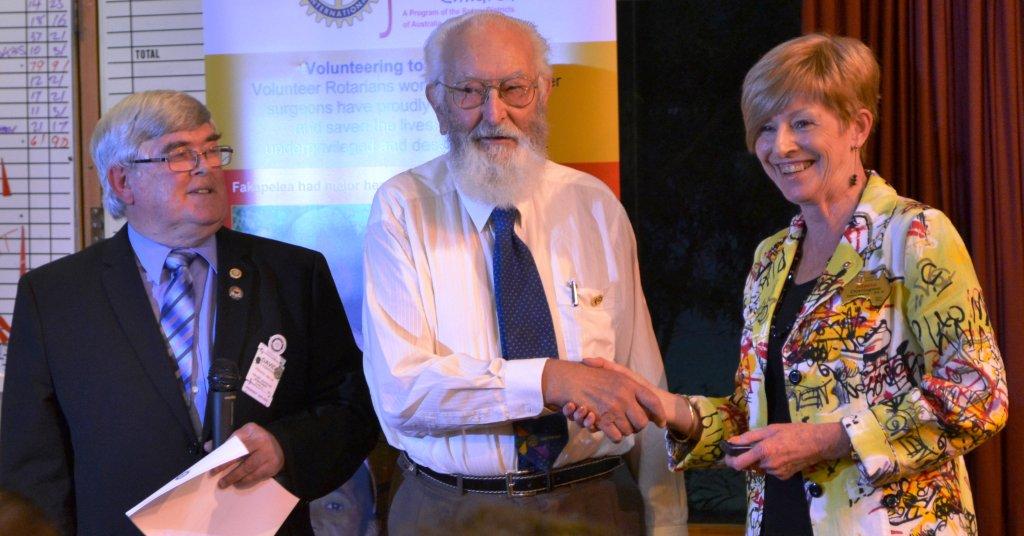 PP Laurie Hut was Club President in 2005/06 and is also a Charter Member of our Club, classification Pharmacy.

He was an ‘early settler’ to Elizabeth in 1960 where he opened his first pharmacy in the Elizabeth Town Centre.

Laurie has always been very active in the community of Elizabeth, the Traders’ Association, a foundation member of the Chamber of Commerce and a member of the committee responsible for the formation of a local branch of the Royal District Nursing Service.

He served on three school councils (being Chairman of one for over ten years), Board member and treasurer of the Elizabeth YMCA and a member of the organising Committee of the Elizabeth Celebrations for four years.

Laurie has served as Director on both the Vocational and international Committees and gave 6 years’ service on the District International Student Exchange Committee.

Laurie was made a Paul Harris Fellow in 1992.

Laurie’s forebears were early pioneers to this state, and he now spends considerable time researching his ancestry.

We are proud to acknowledge PP Laurie Hunt as a Paul Harris Fellow. Sapphire pin.