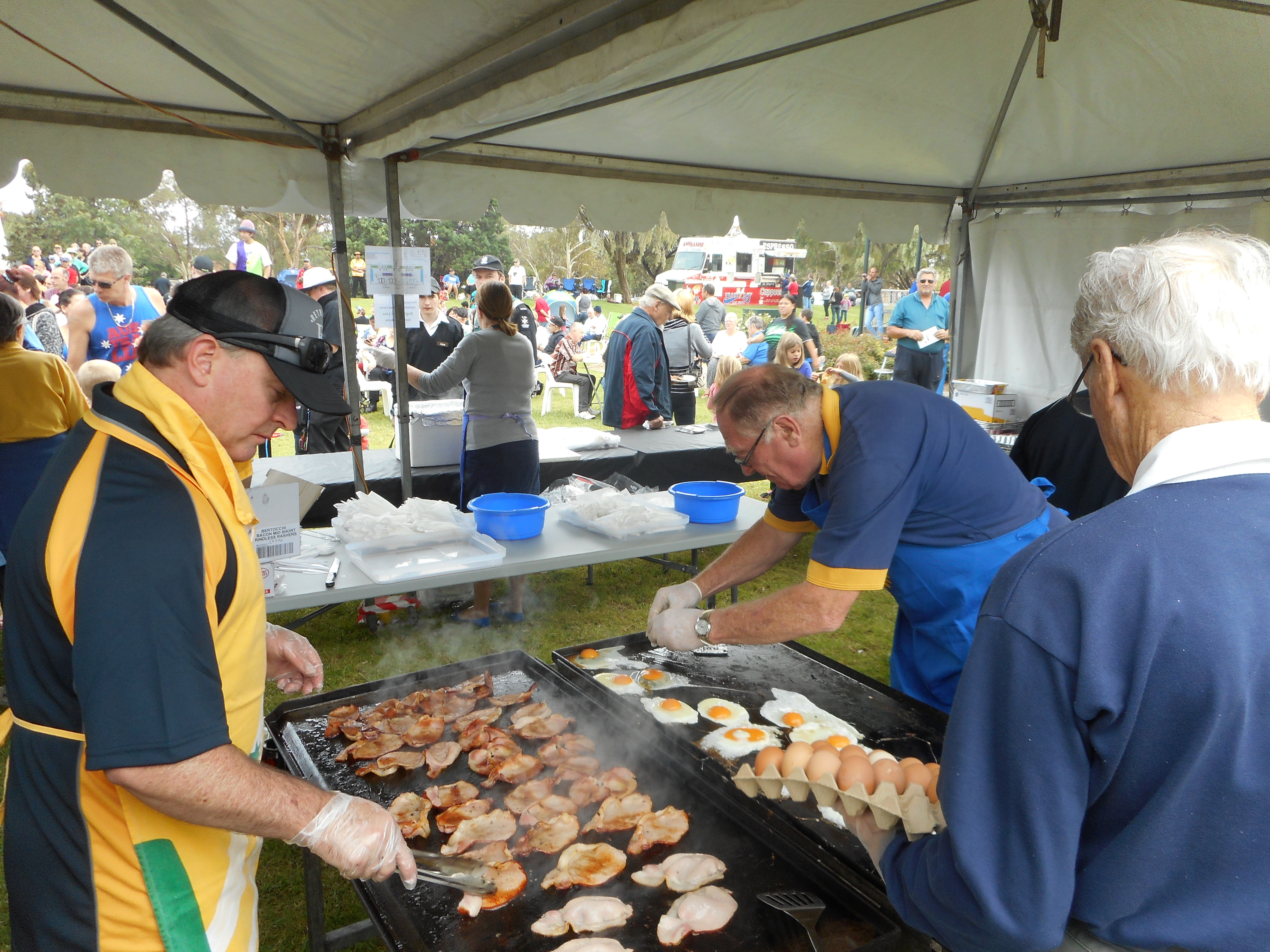 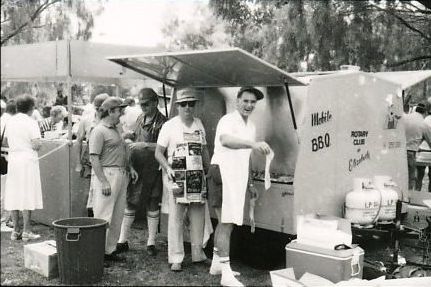 The Rotary Club started awarding Citizen of the Year awards around the middle of the year as a project to inspire local people and to recognise their achievements. Some of our older members remember Australia Day barbecues in the 1970’s but by 1980 the 2 functions were combined and celebrated on 26 January. Our records show that from 1984 onwards Fremont Park was the centre of the day’s activities, fairly low key events which cost the Rotary Club around $50.00. By 1987 the Council had taken over the role of awarding the Citizen of the Year Awards on the evening of Australia Day in the Octagon. 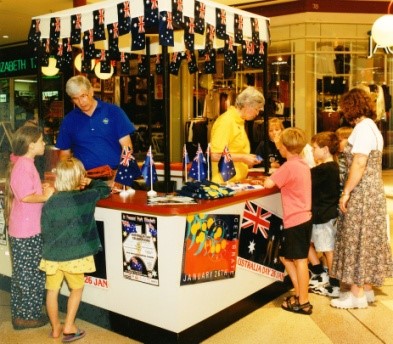 The Rotary Club established a community committee to organise and run Australia Day which by now had become a major event. In the early 1990’s under the Chairmanship of Past President Richard Green the day was attracting up to 10,000 people with a free breakfast paid for by selling lunch, and from sponsorship the Committee had arranged. Entertainment included headliners like Peter Coomb and Chunky Custard who were a big draw card. The day extended to 3pm and used the full resources of the Club supported by the Munno Para Rotary Club & Elizabeth Lions Club. 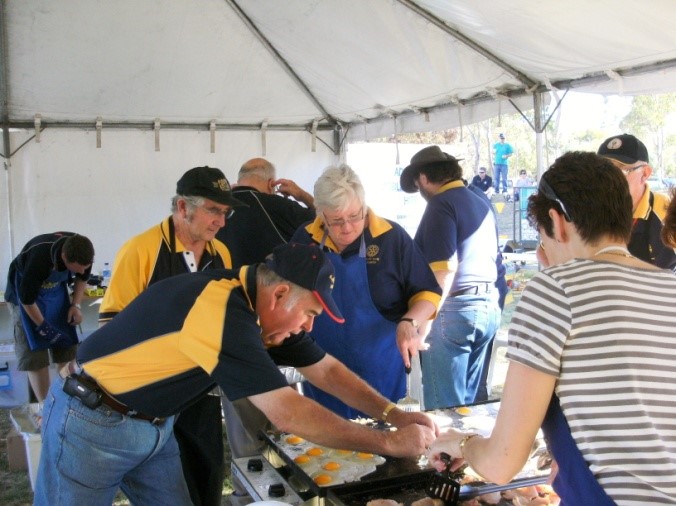 Rotary Club eventually handed over the control of the event to the newly established City of Playford.

It was now a major event with considerable financial support required from Playford Council,

Today this is a prime event for the city, attracting major sponsors and full council support, The crowds still enjoy a free breakfast provided by Council, cooked and served by the joint service clubs of Playford.

Pictured below, over 2500 breakfasts were served in 2015, which  kept cooks and servers busy, but the queues moved swiftly!. 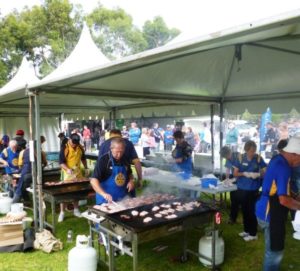 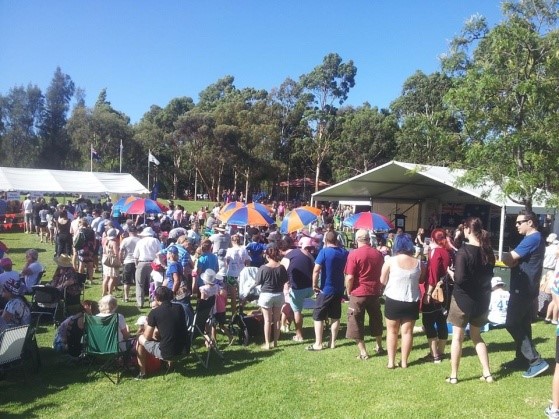